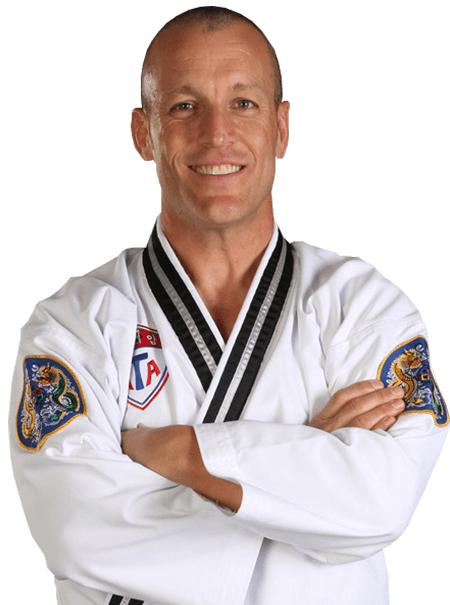 I KNOW HOW DIFFICULT AND CONFUSING
FINDING A MARTIAL ARTS SCHOOL CAN BE.

I remember the feeling of uncertainty about beginning martial arts. Little did I know that beginning my martial arts journey would be one of the most profound experiences of my life!

When I opened my school in 1994, I made a commitment to serving and empowering the community of Atascocita by teaching children and adults the confidence, leadership, and fitness skills that can only be achieved through martial arts.

We Share & teach The Same Values You Teach At Home.

You may have experienced boredom with your usual fitness routine or reached a plateau in your performance or physical fitness results. ATA Martial Arts for adults is the perfect alternative to a boring gym routine, as it helps you develop into your maximum potential both physically and mentally by providing real-life self-defense strategies in a fun, focused environment.

Each instructor has passed an intensive certification process based on 40 years of tradition, research and development.

To Train in the
Highest Quality Martial Arts
Program Available

To Focus On
Personal Development
in a Positive Environment

To Offer Programs
Accessible & Enjoyable
by People of Any Age

WHAT IS SONGAHM TAEKWONDO?

Songahm Taekwondo is the style of martial arts practiced by ATA Martial Arts students.
The journey from White Belt to Black Belt (10 belts total) is one of incremental learning and skill development that students of any age any fitness level can embark on.

One of the most fun parts of martial arts training is the ability to test your skills by competing in a tournament. Tournaments are not only fun for competitors, but they also become a great social experience for parents as well! There are currently 130,000 ATA Martial Arts members worldwide. ATA Martial Arts students compete in local tournaments against other ATA schools, advancing from State levels, to District levels, to a yearly Spring National competition in Las Vegas, NV. The ctop 10 compete at the ATA World Expo Tournament in Little Rock, AR in the summer, competing against finalists from all over the planet in one of largest martial arts competitions in the world.

Our classes fill out quickly, therefore

Limited Trial Offers are Available, Act Now!
This is your chance to try our martial arts program at a reduced price with no commitments!

Mr. Henderson is an amazing guy with top notch character and world class teaching skills. Welcoming atmosphere. Check them out to achieve your self-defense and fitness goals!

Great Jiu Jitsu and the instructors have an infectious smile. If you are in the area check them out.

Camila has made a life for the past 5 years in taekwondo. She had a slow start in Henderson's due to moving across the country. She loves it here. The instructors are great and she's learning alot.

Simply the best! The community is a family here! Absolutely love and very impressed with the instructors and staff. Very professional and genuinely committed to the art of Taekwondo!

My daughter just started and LOVES it here! After her first class she asked if she could go every day! Everyone is so welcoming and friendly.

We highly recommend Henderson's ATA martial arts school to anyone looking for a great learning experience in Taekwondo. The atmosphere is very welcoming, the classes fun, and the staff is awesome. Thank you for all that you do... way to go!!!

My son has been coming here for a little over two years and he loves it! Master H and his instructors are awesome!!

Awesome staff and great Academy! I would highly recommend to anyone in the area!

Integrity and discipline. Henderson's ATA Is very welcoming and a great place. My son has shown a lot of improvement, both in school and in Taekwondo. Senior Master Henderson is the best.